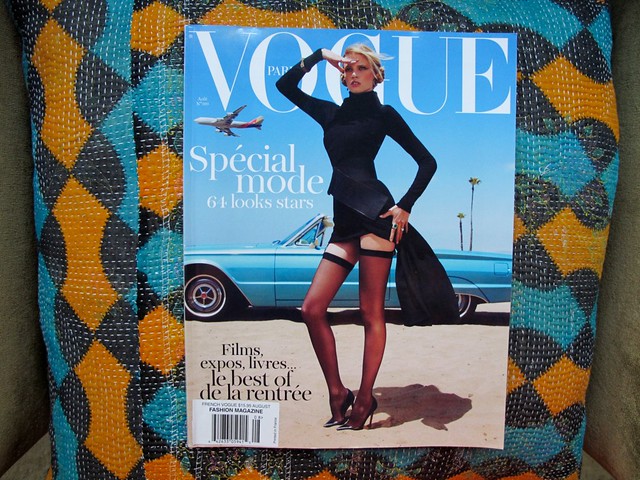 Just picked up the new issue of French Vogue and I’m devouring the epic 65-page editorial “Escale A LA,” photographed by Inez van Lamsweerde & Vinoodh Matadin and styled by Emmanuelle Alt, Melanie Ward and Suzanne Koller. The fall clothes are sick, obviously, but what I’m really loving is the way in which the spread captures the beautiful strangeness of Los Angeles. With locations spanning from Joshua Tree all the way west to Venice Beach and backgrounds ranging from gaudy mansions to humble apartments straight out of the 60’s, the scope is wide and the aesthetics varied. Yet somehow it all connects.

Alex looked over my shoulder while I was flipping through it for the tenth time and he commented that it takes an outsider to present a fresh view of the city. I think that’s right on. In a city that has be photographed and filmed endlessly, French Vogue highlights one of it’s most fascinating stylistic elements here: the conflation of the iconic and the mundane. It’s strange, it’s beautiful, I love it. 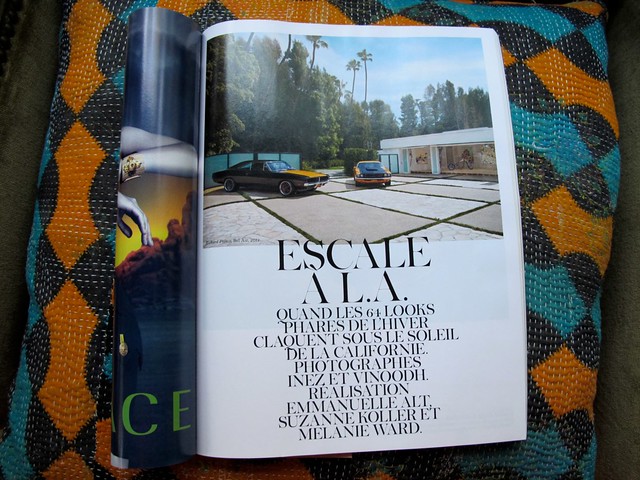 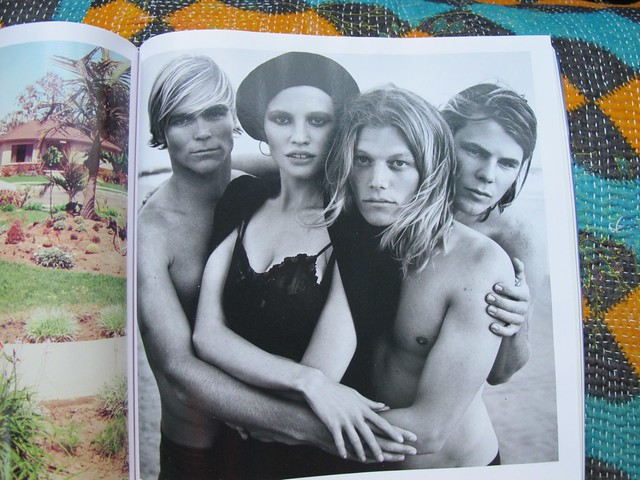 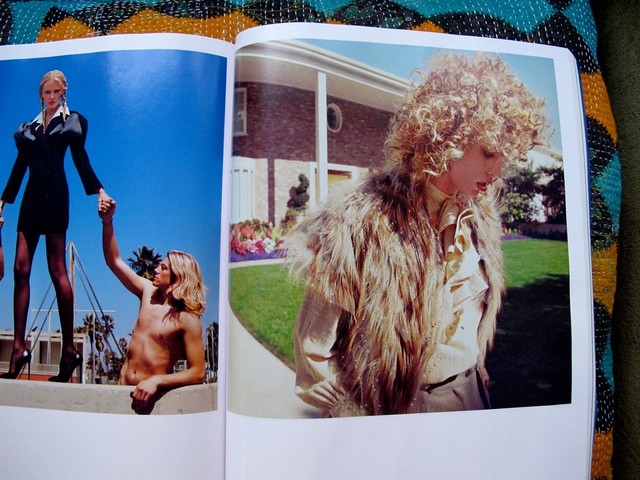 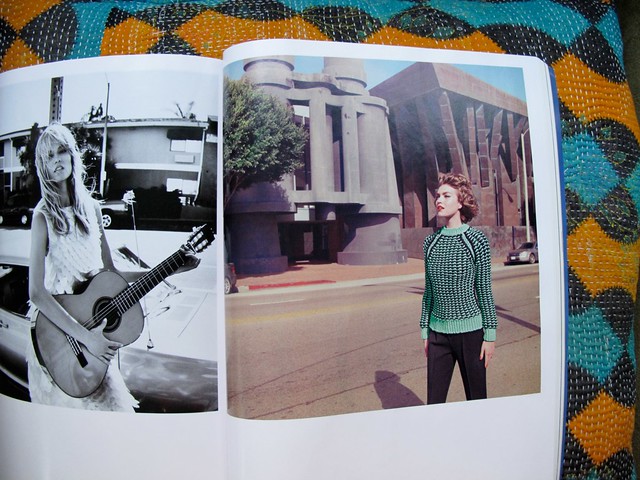 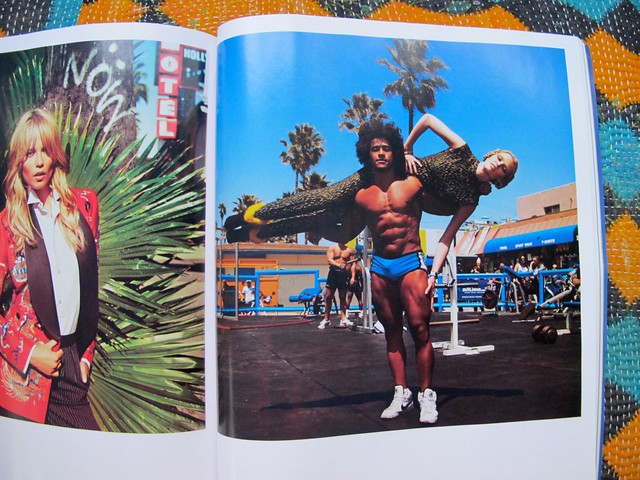 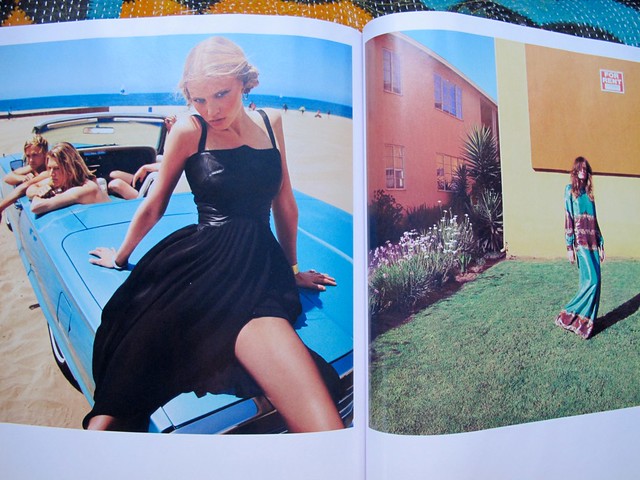 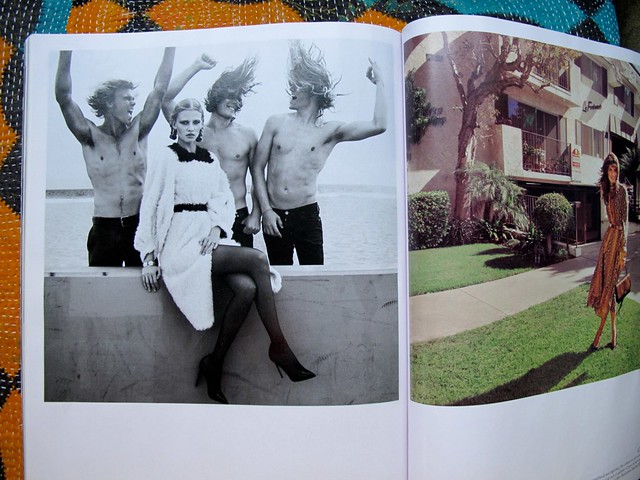 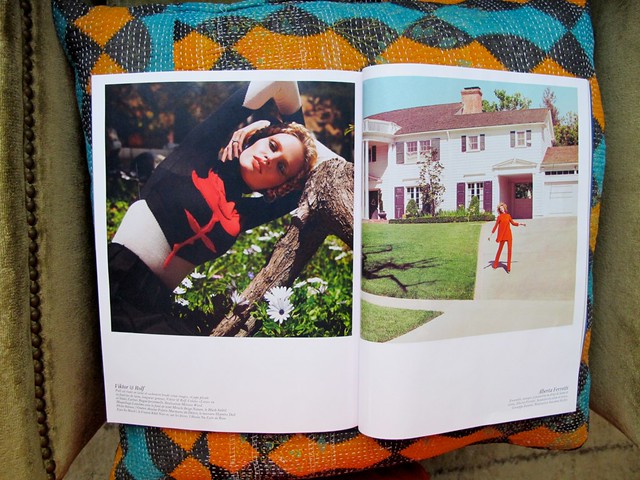 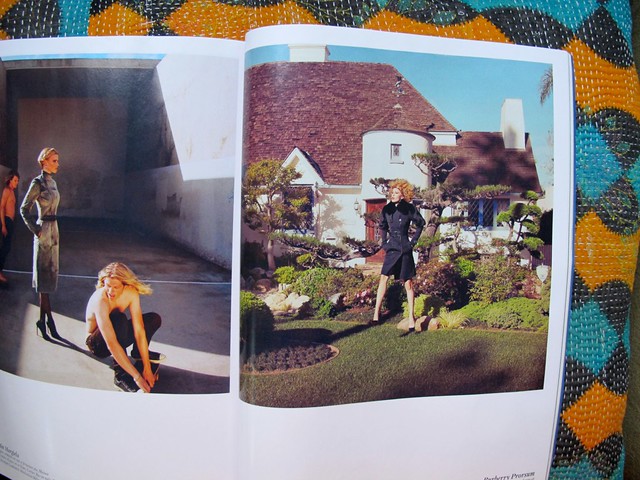 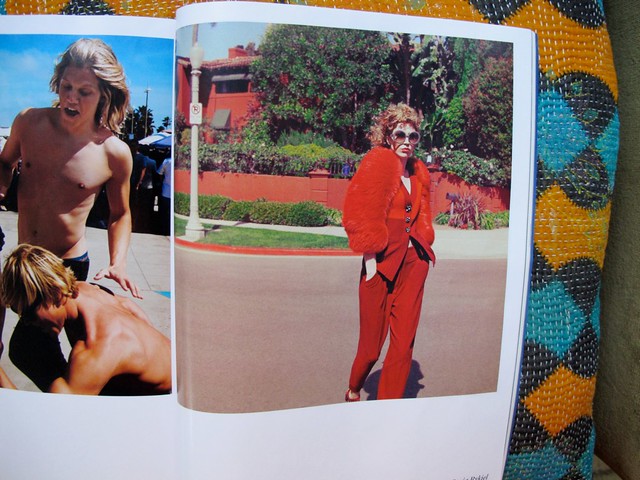 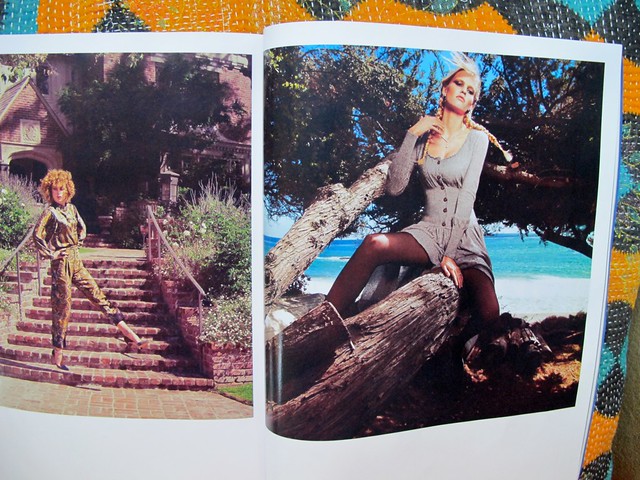