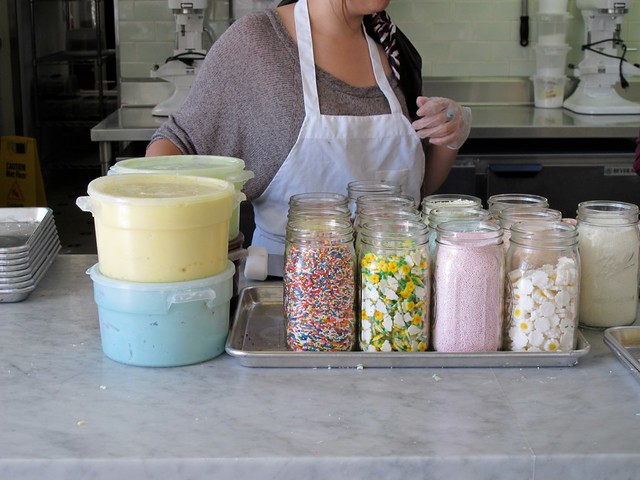 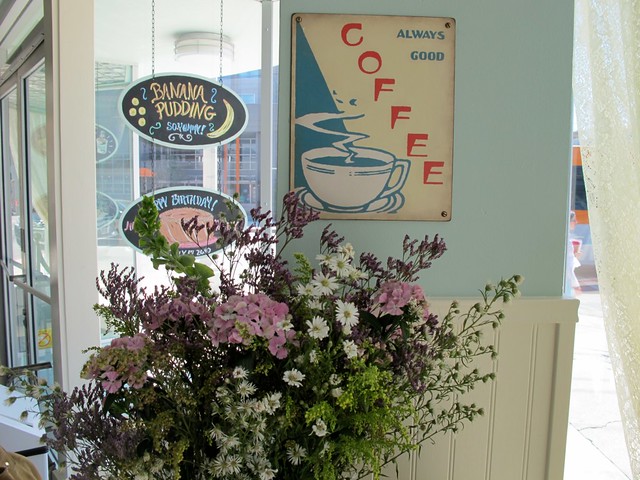 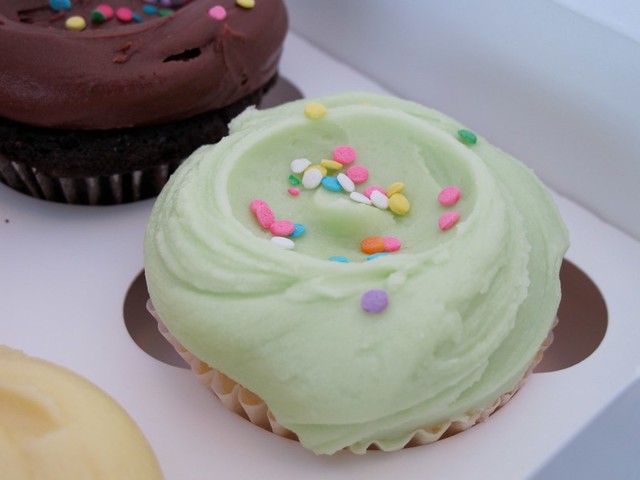 After a lunch meeting earlier in the week, I stopped by the newly opened, NY-transplant Magnolia Bakery on West Third Street. Don’t get me wrong – I am so over cupcakes that I have actually been quoted in a magazine saying “I think cupcakes have run their course.” But I still felt the desire to check out this new Magnolia situation. Open, airy, light and pretty I found it to be. Cupcakes galore, banana pudding everywhere – yep, Magnolia has arrived in LA. I left with an iced latte in hand.

If I was forced to eat a a cupcake in this city, I would have to choose the coconut cupcake from Joan’s on Third. It’s the hint of almond amidst all the coconut and cream cheese frosting that reels me in. Would love to know your favorites (Jeana, are you listening?).