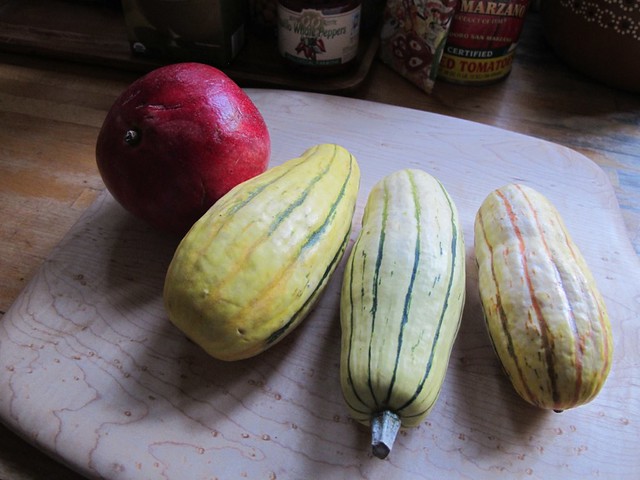 Last week, I wrote about my friend Shiva’s holiday craft night and the crazy good autumnal menu, which set the tone for a great party. And as promised, I have recreated my favorite dish served – a warm blend of squash, bacon and pomegranate seeds. 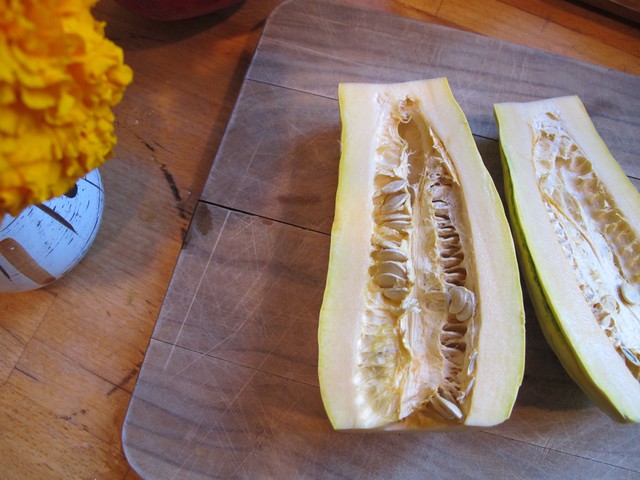 I used delicata squash but butternut would be as good. First, cook up three strips of bacon in a skillet over medium heat until crisp (use kitchen scissors to cut into 1/2 inch size pieces directly over the pan). While that cooks, prep the squash (remove the seeds and cut into pieces). Remove the cooked bacon from the pan and set on a paper towel-lined plate to absorb the excess oil. Speaking of oil, remove the bacon grease from the pan (i pour it into a small ramekin lined with foil and let it harden – you can either trash it or freeze it). Add one tablespoon of olive oil to the pan, followed by the squash. Toss to coat and season with salt and pepper. Pour about 1/2 cup of water into the pan and then cover and simmer until the squash is tender, about 20 minutes. 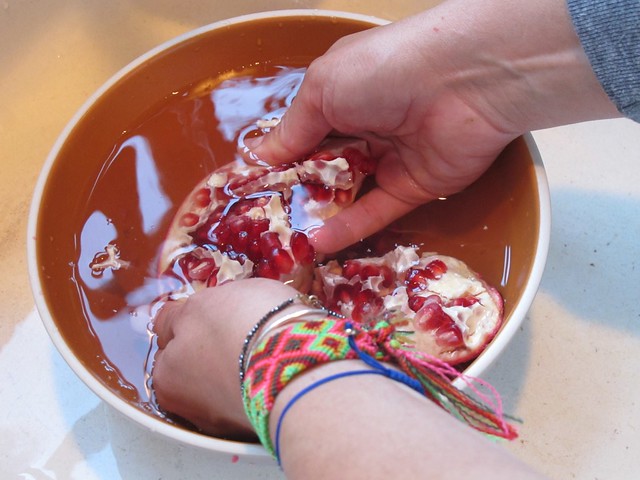 While the squash is cooking, it’s time to de-seed the pomegranate. I have found the best way to do this is to slice the fruit in half and submerge one half at a time in a bowl filled with cold water. Dunk your hands in the water too and gently start breaking apart the fruit and releasing the seeds. The seeds will sink to the bottom and all the gunk you don’t want will float to the top. 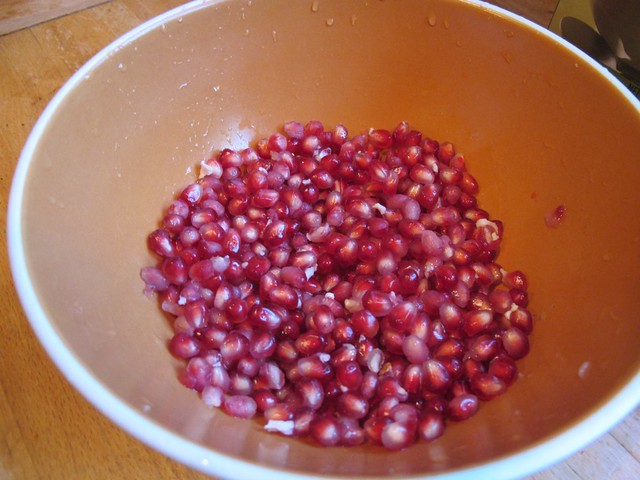 Once the squash is cooked, combine it with the pomegranate seeds and the bacon in the prettiest bowl you can find. Season with salt and pepper and enjoy this cozy fall dish. 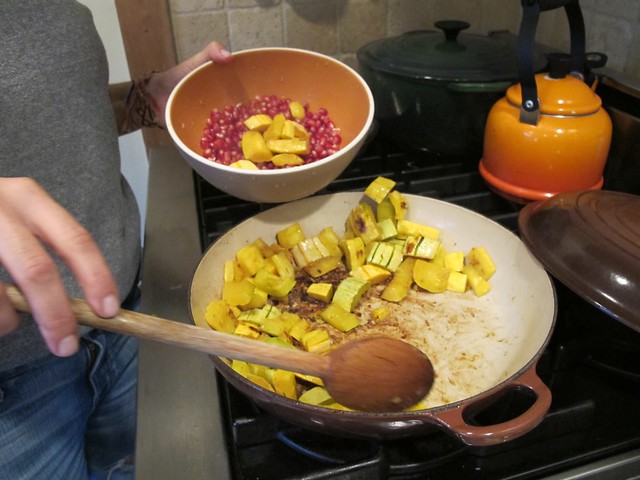 This would be great for vegetarians or vegans too – just loose the bacon. The combo of squash and pomegranate seeds is good enough on its own. 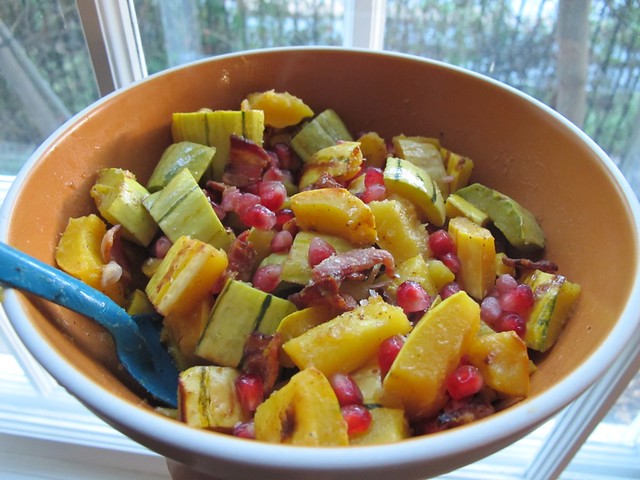