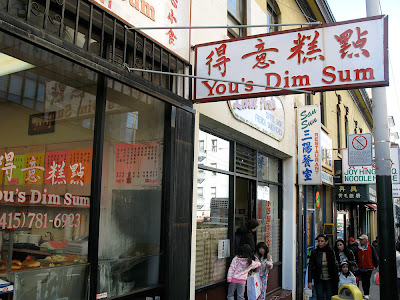 My sister recently took us to You’s Dim Sum, a great little Dim Sum bakery in San Francisco’s Chinatown. It was super tasty and shockingly cheap. Alex and I both left this eating adventure very excited and inspired to try our hand at dim sum making. It just show happens that our friends Kate and Pete gave us bamboo steamers for Christmas. And to make things even more exciting I actually took a dim sum cooking class about a year ago so I’m armed with great recipes. First here are some pictures from You’s: 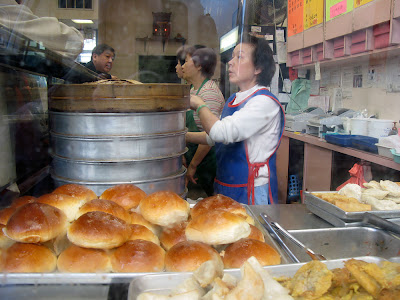 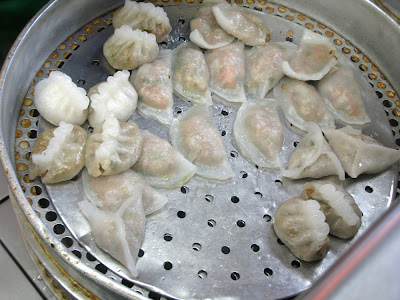 Back at the taylor de cordoba kitchen, we made chicken dumplings wrapped in cabbage leaves, shrimp and chili dumplings in wonton wrappers and a mushroom/spinach version as well. I bought frozen pork buns and we steamed those for dessert. 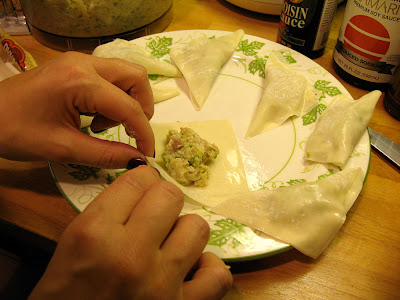 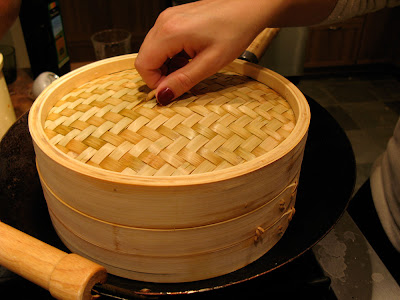 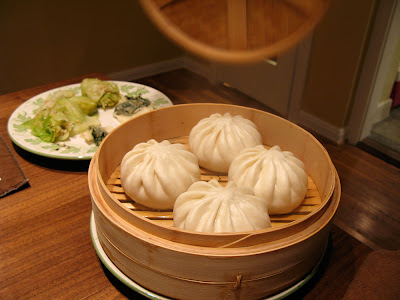 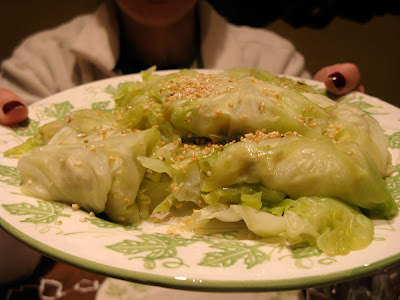 Remove and discard the core and outer leaves from the cabbage, undo the remaining cabbage leaves and place them in a pan of salted boiling water for 2 minutes to soften. Cool them in a bowl of cold water, drain and put to one side.
In a food processor, whizz up your garlic, ginger, spring onions, coriander, chili and fish sauce with a good pinch of salt. Then add the chicken, water chestnuts, lime zest and juice and sesame oil and pulse until you have a minced meat consistency.
Place a heaped dessert spoonful of the flavored mince on to one end of each cabbage leaf. Fold it up and tuck in the sides, then roll up. Rub a bamboo steamer, colander or normal steamer with a little olive oil and place in the cabbage parcels. They may try to unfold themselves, but once you start putting them next to each other they will hold in place. When they’re all in, sit the steamer over a pan of boiling water, making sure the water doesn’t touch the parcels and that it’s just the steam that’s cooking them. Put a lid on top and steam for about 10 minutes until cooked. If you’re worried about the cooking time, take one of the parcels out and cut it in half to make sure that the heat has penetrated and that they’re cooked.
* make in advance and store in fridge until ready to steam!