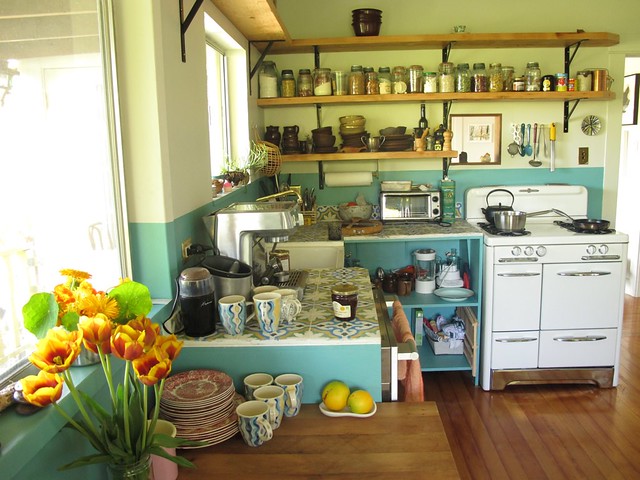 As it’s been a few months since Granola Vist and Canning Visit , I thought it about time to visit the kitchen of another one of LA’s inspiring ladies, shoe designer, Beatrice Valenzuela. 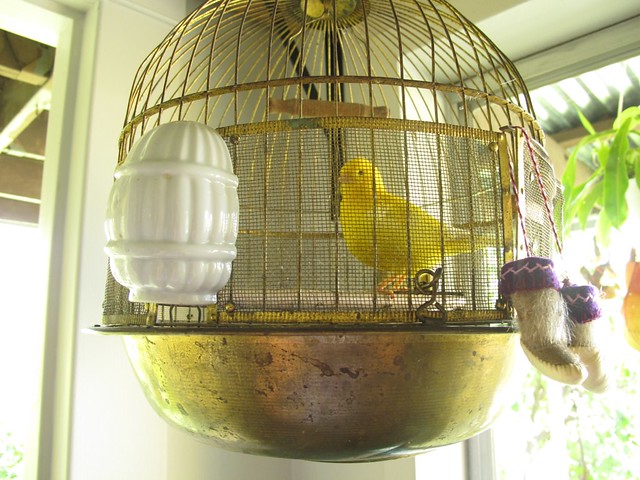 It really came about more organically than that though. Remember last week, I posted my rendition of Bea’s salad? If you saw that post, you know that I was missing a very crucial ingredient: preserved lemons (an ingredient I’ve seen in a million middle eastern recipes, but never actually used). I woke up the next morning, after happily eating my modified salad, with a fantasy of a sun-filled morning with Bea, coffees in hand, making preserved lemons together. 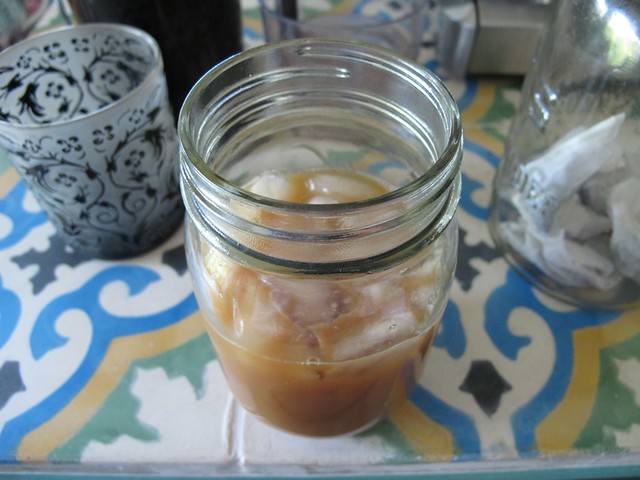 And because Miss Bea has this uncanny air of magic about her, I received an email around noon that day, which said:

Can we get together and make preserved lemons?
Kiss,
B 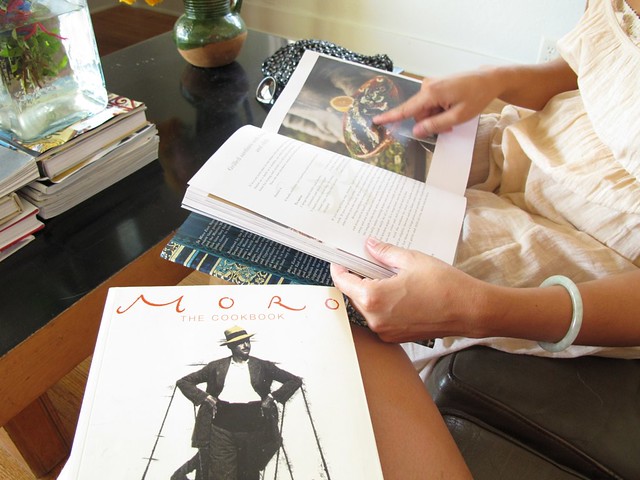 We were on the same wavelength. So this is how I wound up at her home in Echo Park, looking through cookbooks on the couch with Bea, listening to Mexican tunes streaming in the background. We used the Moro cookbooks as our guide, a collection of three tomes which I had heard of but never really had the chance to explore. They are gorgeous. 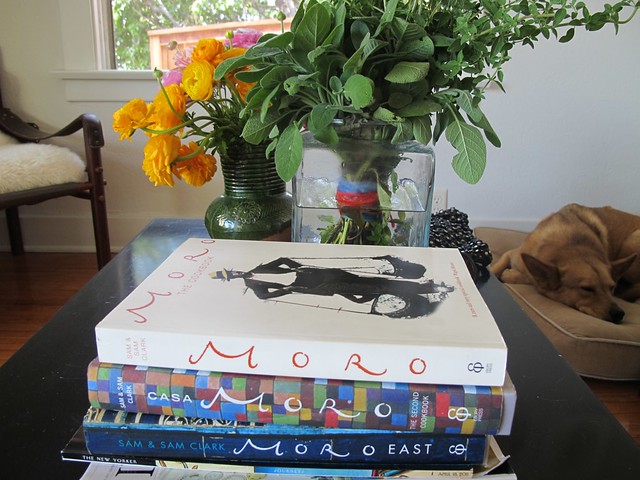 Once we were filled up with iced coffee, we got moving on the Preserved Lemons. I have a Meyer Lemon tree at home and picked about twenty lemons before leaving my house. Regular lemons would work for this recipe, too. 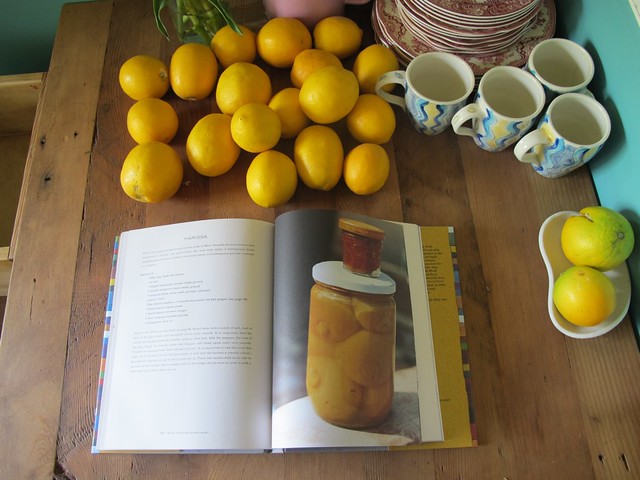 Side note: Bea just redid her kitchen and there are many wonderful little details worked into the architecture and decor of the space. She proudly displays her collections of Mexican spoons, ceramics and spices in and on shelves, cubby holes and hooks. Everything here is beautiful. And what’s not to love about this little window on the left, which looks out on the living room? 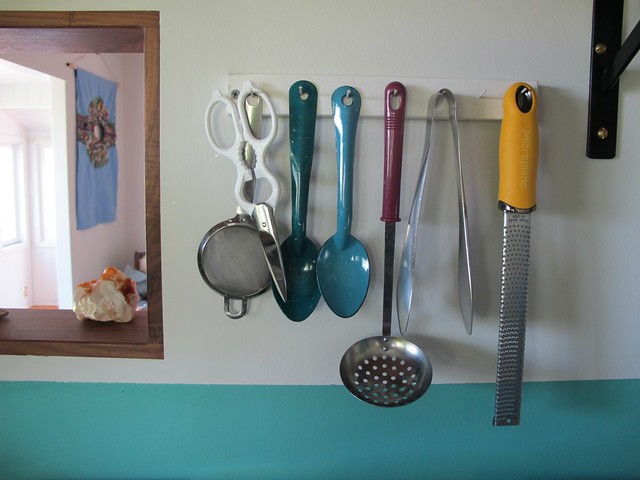 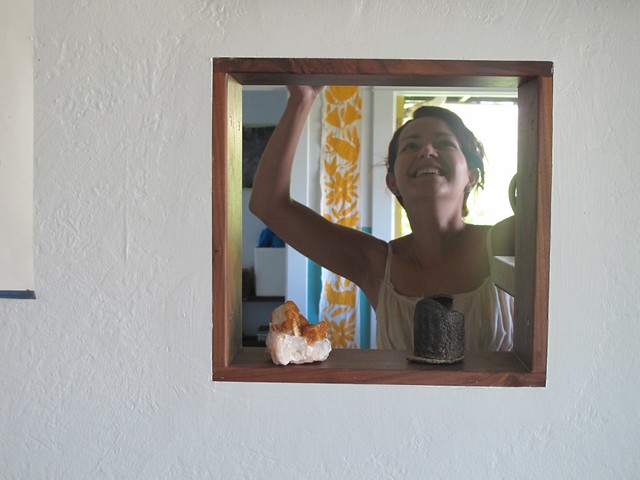 Ok, so there are several ways to make Preserved Lemons and it comes down to how long you want them to last. We selected the quicker option, which yields a shorter shelf life. First, we added big handfuls of sea salt to rapidly boiling water. 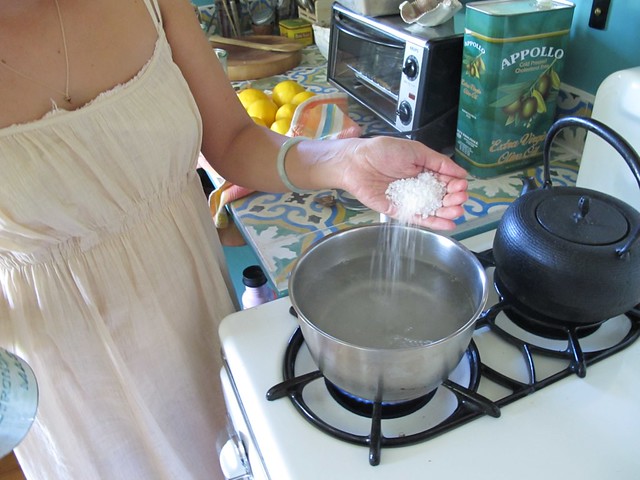 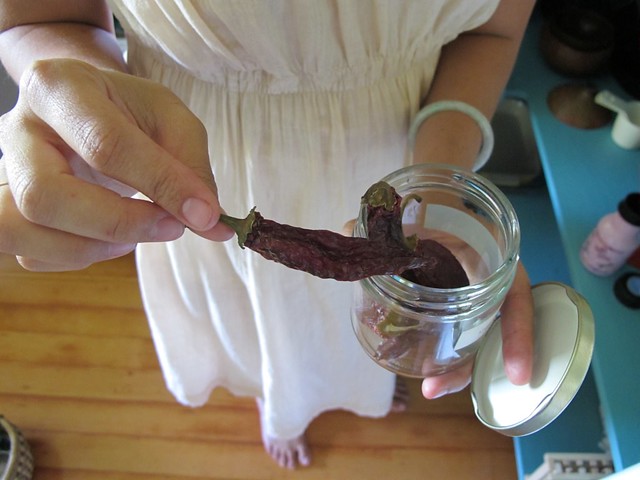 Next we submerged the lemons in the scented liquid. We set the timer for about three minutes. You want the lemon skin to be tender. 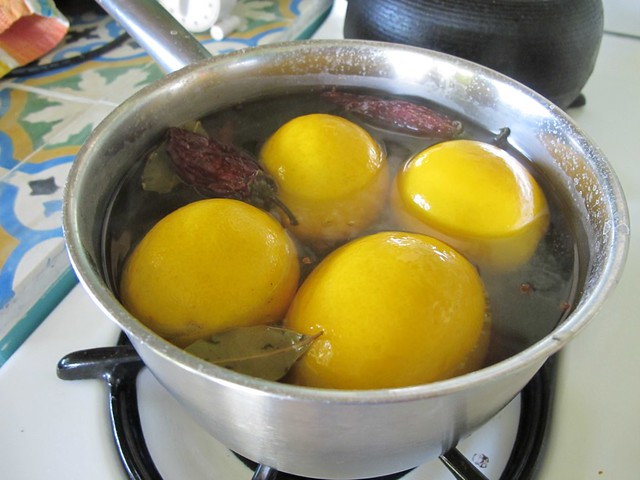 While the mixture bubbled away, I took a moment to step outside and take in the crystal clear view from the balcony off the kitchen. Can you make out the Hollywood sign in the distance? 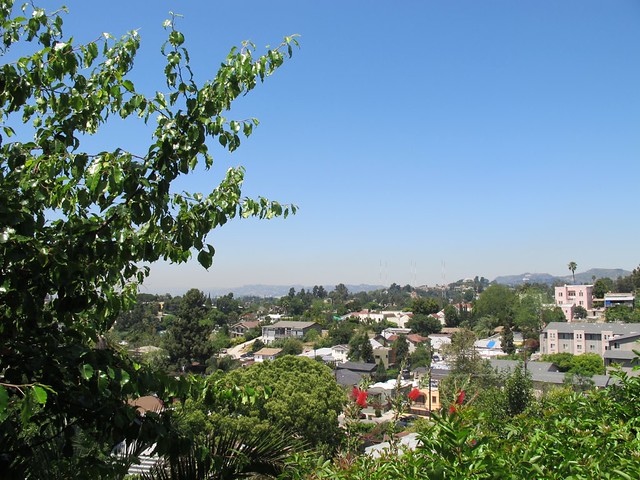 As the timer buzzed, Bea tested the lemons with the fork. They were just tender! We ladled them into sterilized jars and covered them with the cooking liquid. 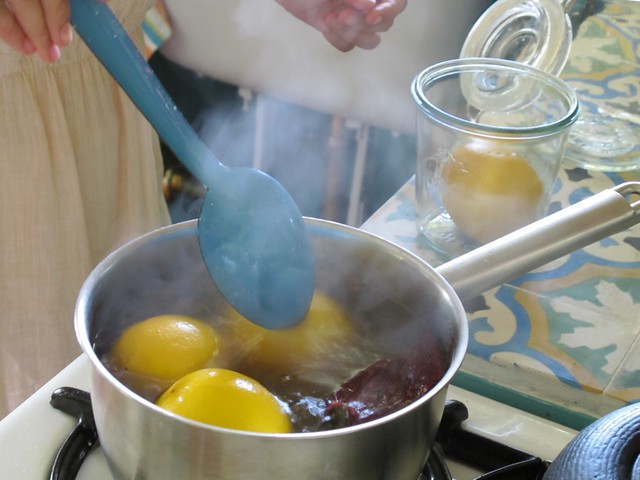 We also added the juice of one lemon to each of the four jars. 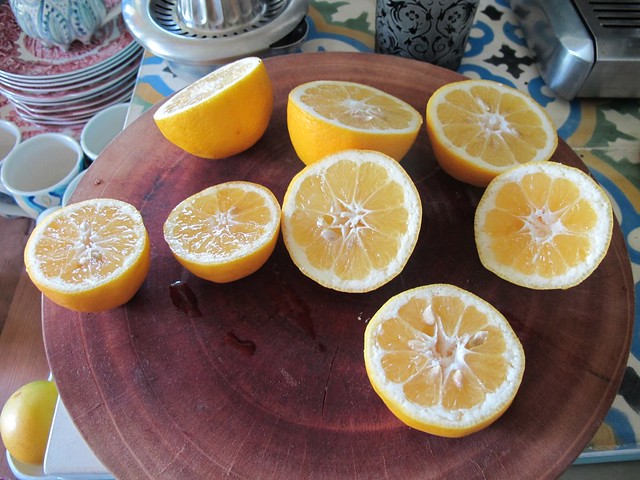 Sealed ‘em up and voilà! Now we let them sit on the counter to cure for five days and eat them up soon after. 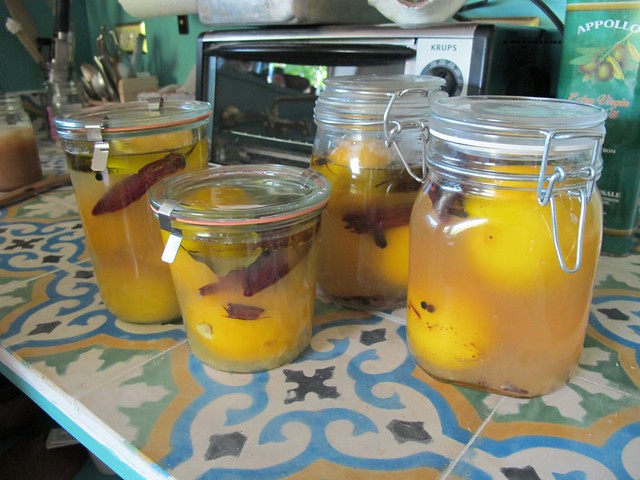 Thanks for a dreamy morning Bea! 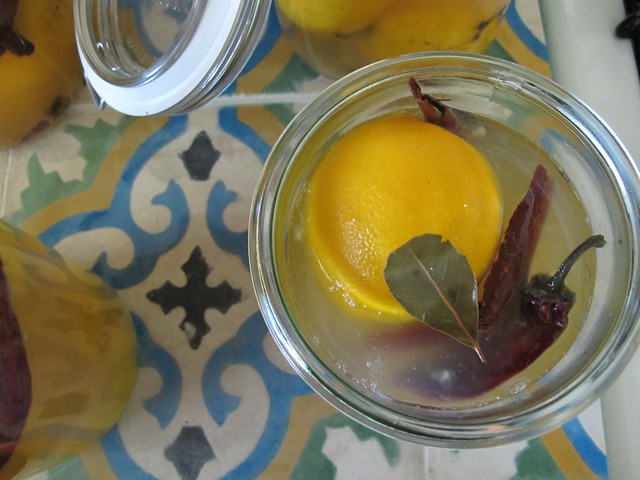 Boil 10 clean and unwaxed, organic meyer lemons in a big pot of water with lots of salt.
Add spices: 5 bay leaves, 4 cinnamon sticks (broken up), 1 tbsp coriander seeds, 1 tbsp whole cumin seeds, 1 tsp cloves, 1 tsp black peppercorns and 4 small dried red chillies.
Boil until the skin of the lemons is soft, approximately three to five minutes.
Ladle into sterilized jars and top with cooking liquid and the juice of one lemon per jar.
Let cure for five days and enjoy.