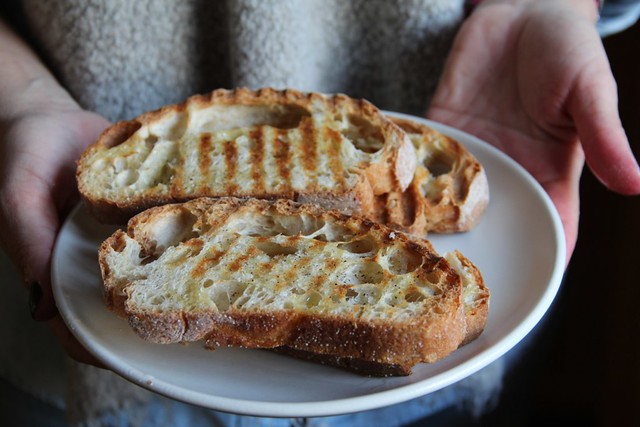 Last week, I was in between meetings on the west side and had thirty minutes to grab a quick bite. Miles away from my normal stomping ground I was feeling a bit out of my element. Then I saw it: Milo and Olive! Milo and Olive is the newest restaurant from Zoe Nathan (remember Zoe from Recipe Testing?), a place I have been wanting to try but had yet to make it happen. I took at seat at the bar and ordered the Crostini with smashed avocado, roasted beets and ricotta salata. A new take on the now ubiquitous avocado toast, I knew I had to give this a try at home. What better time than Sunday lunch? Here’s the deal. 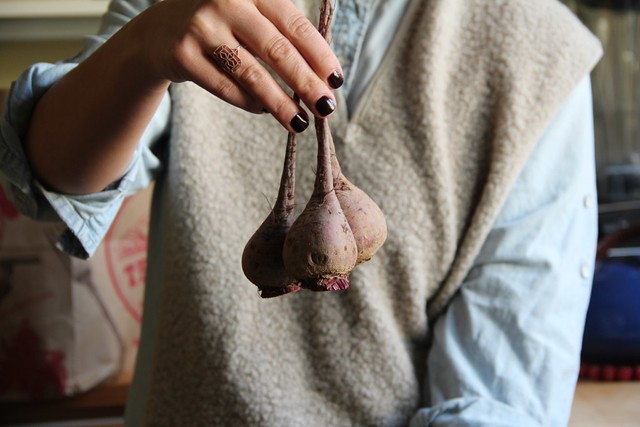 I preheated the oven to 400 degrees and peeled and quartered the beets. Drizzled them with olive oil and lots of salt and pepper. Roasted them for thirty minutes. In the meantime…. 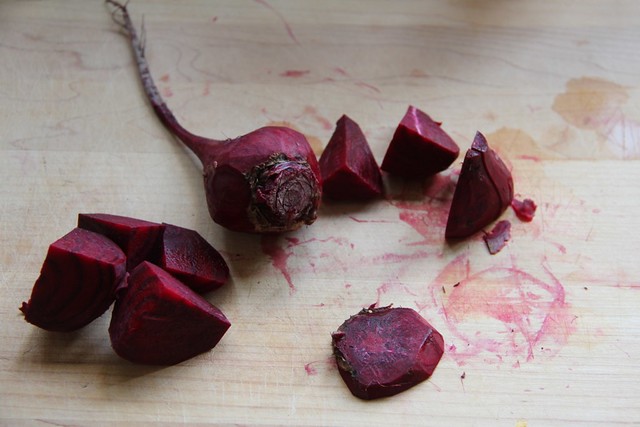 I grated a wedge of ricotta salata into a big fluffy pile and set it aside. 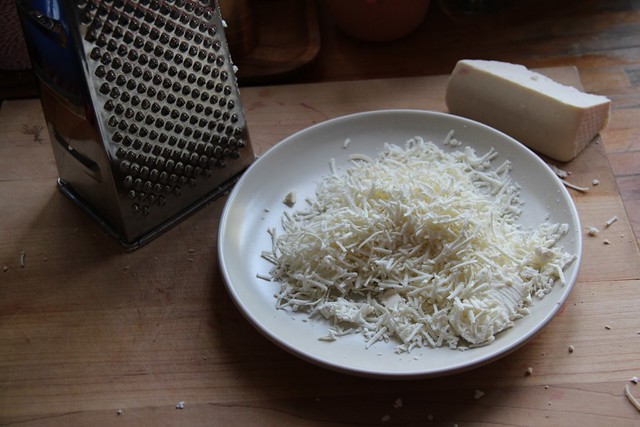 You want to use the most awesome bread you can find (I bought a loaf of homemade Ciabatta from Milo and Olive) and cut into nice, thick slices. 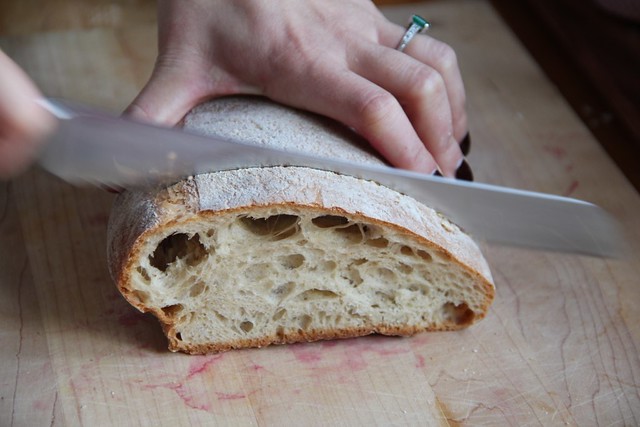 Drizzle with olive oil and sprinkle with salt and pepper before heating the bread. 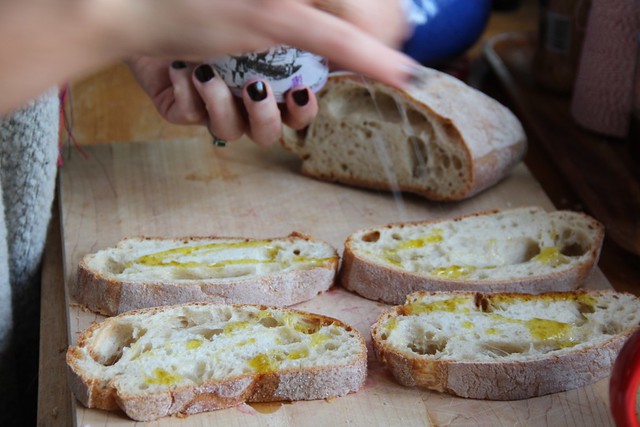 I used my panini maker but you could do this in a hot oven or on the stove top. You want the bread to get nice and toasty. 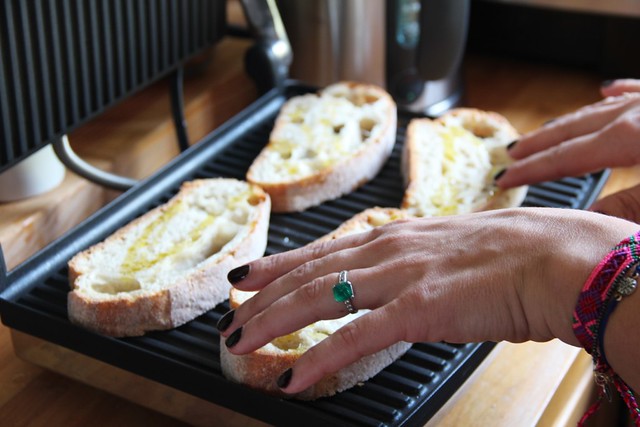 Slice an avocado in half, remove the pit and scoop the flesh into a small bowl. Squeeze the juice of half of a lemon and add some salt and pepper. Smash it all together until it’s a spreadable mixture. 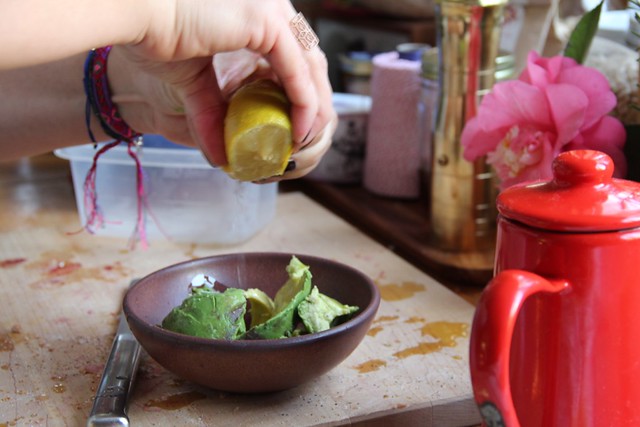 By this point the beets should be caramelized and tender. Set them aside to cool slightly. 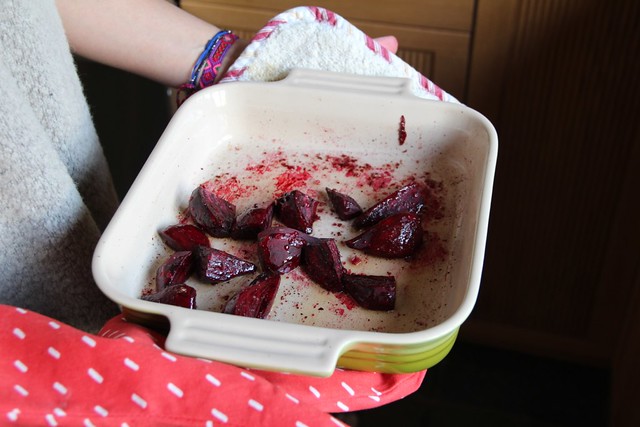 Once all the components are prepped, it’s time to assemble. First step is to spread a nice layer of avocado on each piece of bread. 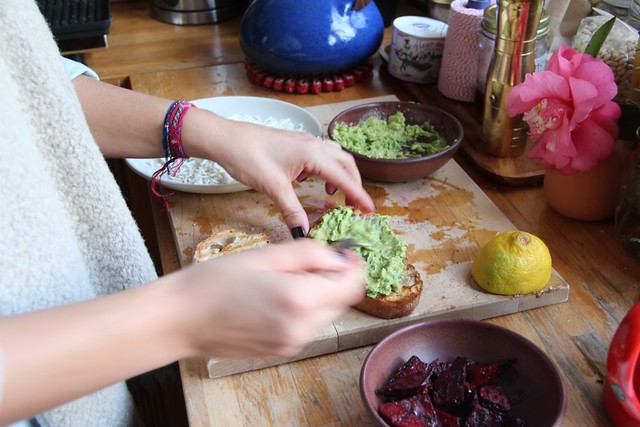 I added arugula to this, feeling a little crunch wouldn’t hurt. 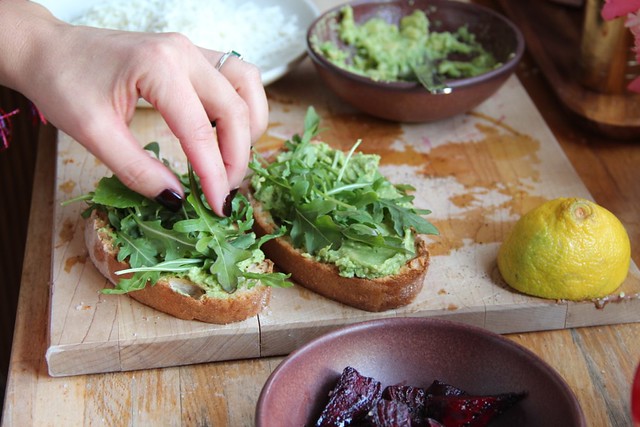 Next comes the beets. Maybe three or four pieces per slice of bread. 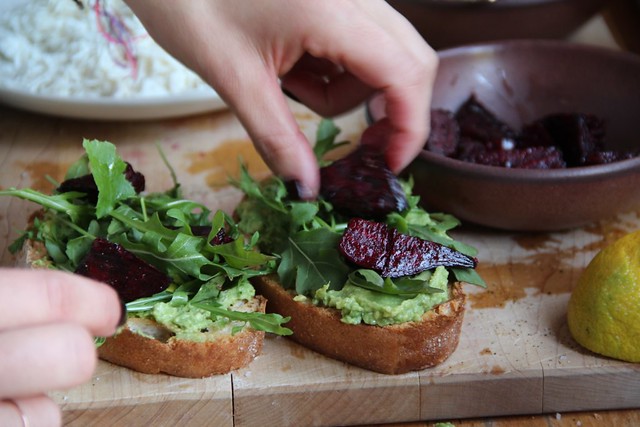 Lastly, cover with shredded cheese and crack some freshly ground pepper for the final touch. 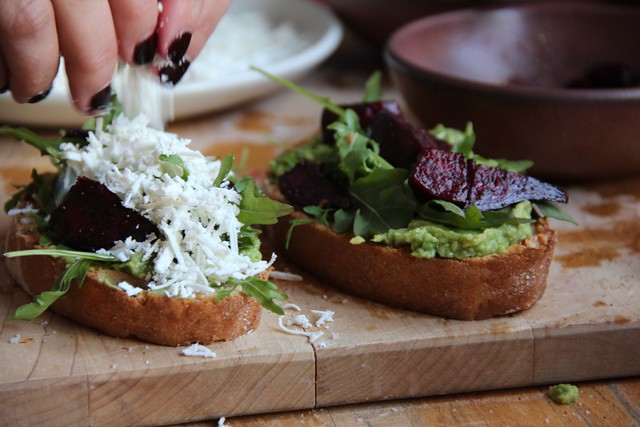 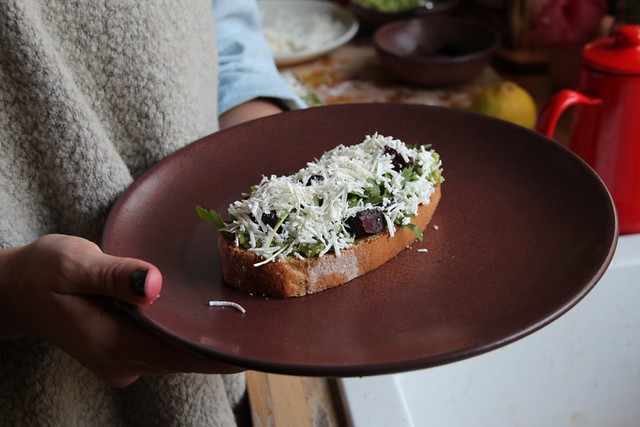 Instructions:
Preheat the oven to 400 degrees.

Peel and quarter the beets. Drizzle with olive oil and sprinkle with salt and pepper. Roast for 30 minutes until caramelized and tender.

Drizzle the bread with olive oil, salt and pepper and heat until lightly crisp. I used a panini maker but this can be done in the oven (400 degrees/10 minutes) or a few minutes per side in a hot pan on the stove top. Set aside.

Slice an avocado in half, remove the pit and scoop the flesh into a small bowl. Squeeze the juice of half of a lemon and add some salt and pepper. Smash it all together until it’s a spreadable mixture.

Assemble the crostini. Spread one quarter of the avocado on each slice of bread and top with arugula. Add three of four beets and cover with the shredded cheese. Top with freshly ground pepper.