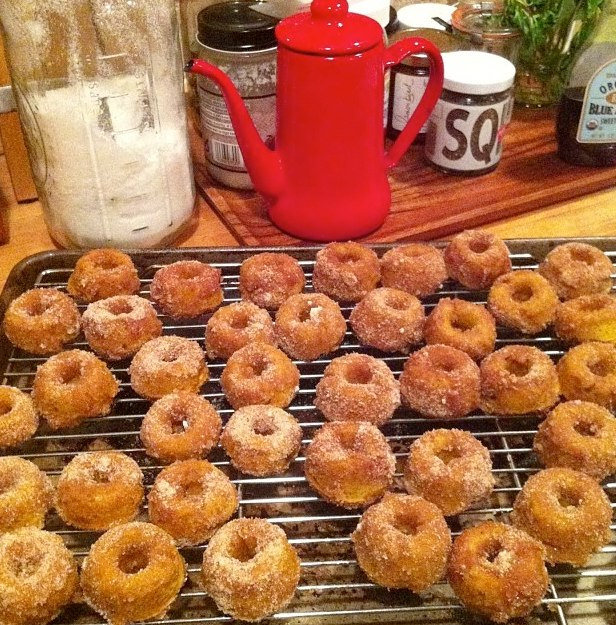 Last night I started to feel that cozy holiday feeling. It happened at Sur La Table as I was picking up last minute thanksgiving supplies and decided to buy mini doughnut molds. I felt inspired after seeing my friend Peggy’s instagram pic of her pile of just-out-of-the-oven, cinnamon sugar dusted doughnuts. And they’re baked, so it’s healthy right? After getting home, I put on the radio and settled in for night of baking and brining. This picture was taken around midnight, just after I had dipped the last little donut in melted butter and cinnamon sugar. Wishing everyone a happy holiday weekend! xoHBT